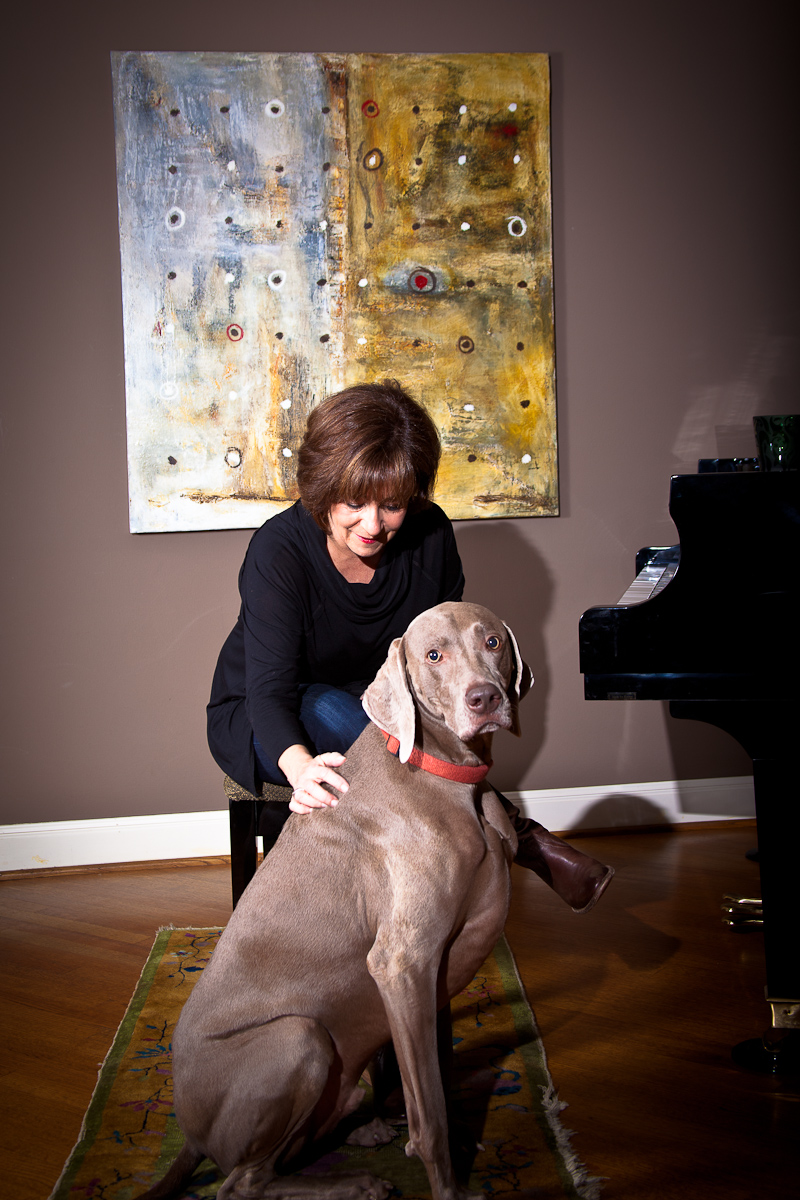 A couple of weeks ago, my friends (and customer), Gene & Sissy asked me to take some portraits for their annual holiday card. I previously did a holiday card session for their family. You can see a few pictures from that session here. Their family consist of two fun dogs, Hogan & Dreyfus. Well for anyone who has tried to take pictures of children, you know it can be challenging to get their attention. Their attention span is very short. For a pet, it is even shorter and triple the difficulty of getting their attention in the first place. You have to also have triple the fun factor because just like kids, you never know what they are going to do during the session.

Below are a few of the outtakes from our session. I snapped a few shots as I was setting up to reacquaint the dogs to the camera and flash. Mostly they were oblivious to camera equipment. Hogan, the Weimaraner, was skeptical of me and my equipment. He sniffed me but wasn’t convinced that I was OK. Dreyfus, a Labradoodle, was very calm throughout the session. In fact, at some point, he became bored wondering when he could return to his nap (I think). 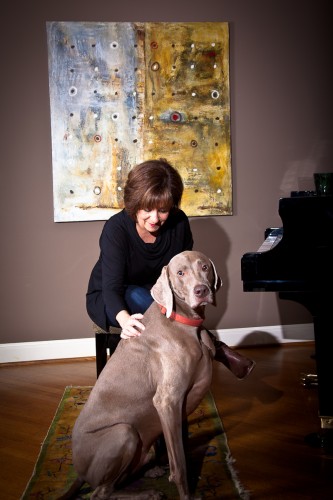 Can you tell where the treat holder is standing? 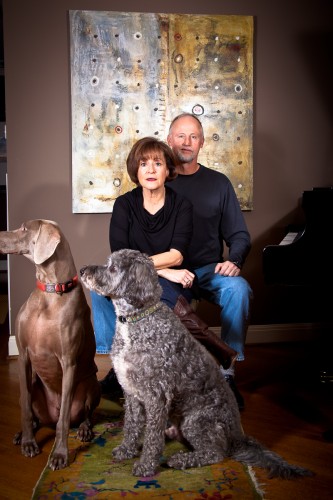 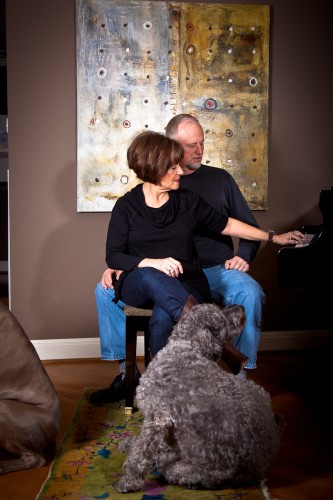 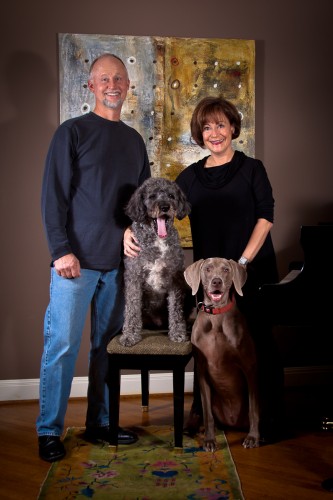 The session went well although plenty of treats were used to gain the subject’s attention. Thanks for a wonderful session Gene, Sissy, Hogan & Dreyfus. 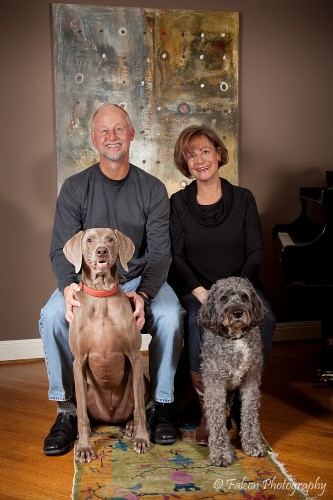 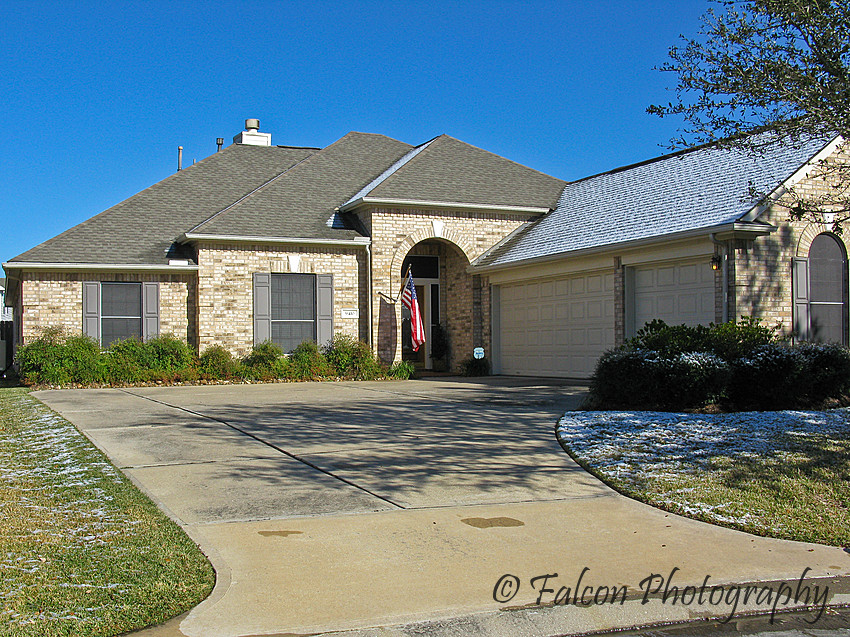 What can I say, good things in life are to be enjoyed. Snow in Houston is a rarity and I sure hope that you enjoyed it ’cause it went as fast as it came. Personally I enjoy the beauty of it but really don’t care for the cold of it.

I got up early this morning and stepped out with the dogs to ‘do their business’ before breakfast and much of the snow had melted. It was a little depressing that we had such a short time with it but I also am thankful that all this didn’t happen during the work week. 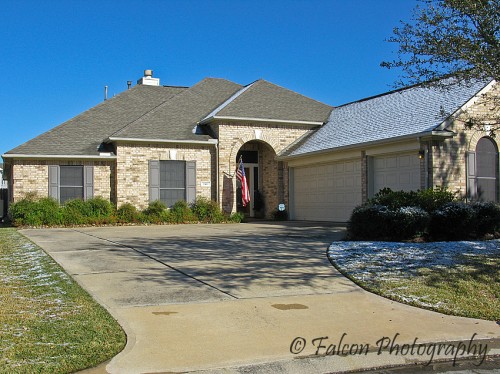 Can you image the drive time in Houston if we had snow that stayed for a while. Whew! Thank goodness for small favors and good timing. That is just what this gift of snow was to me. Who knows maybe we’ll get another perfect storm and have another weekend of the fluffy white stuff. Enjoy 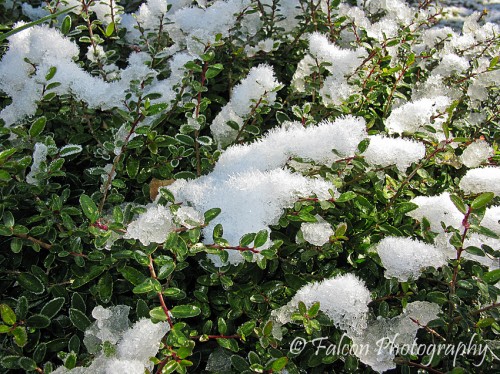 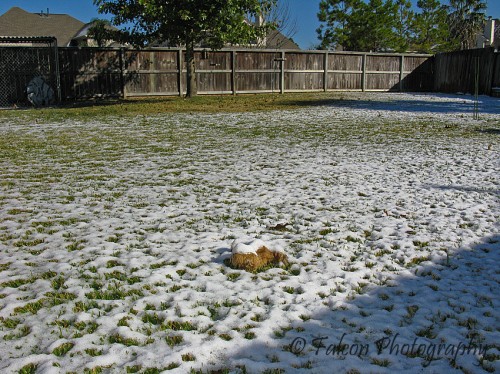 PS – To relieve any fears that the small brown fluffy thing on the ground was a live animal. You’re right if you think it is a stuffed toy animal. A bear to be precise who was unlucky to have been left outside and caught in the snow yesterday. 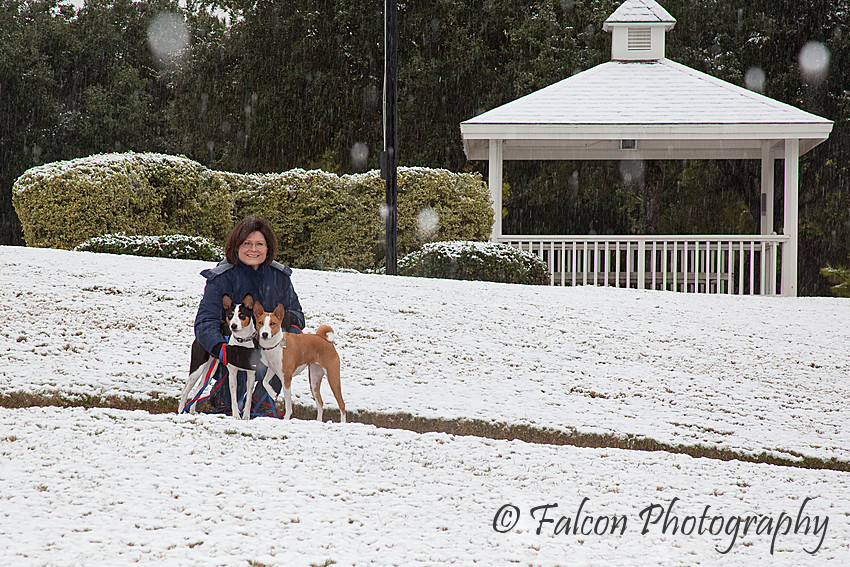 Wow! What a day. Houston got snow and in a big way, sort of…

After threats of cold weather for a while now, Houston finally jumped in with both feet and dropped the temperature to a cool freezing and like a perfect storm brought some snow with it. Now you might say that this is pretty neat. And I wouldn’t disagree except that most of the drivers I have observed can barely drive when it starts to thunderstorm around here. Change that to snow and freezing weather and boy you’re asking a lot of people.

The office closed at noon to allow people to escape to the ‘burbs, gather the kids who were getting out of school early, and generally take a snow break. I was happy to get home early on Friday and was looking forward to seeing what our dogs would do in the snow. This was the first time they would experience snow. Luckily the wife was only about 45 minutes behind and so we watch the snow fall and waited for a break in the snow to take the dogs around the hood and see what reaction they would have in the snow. The pictures tell the story. 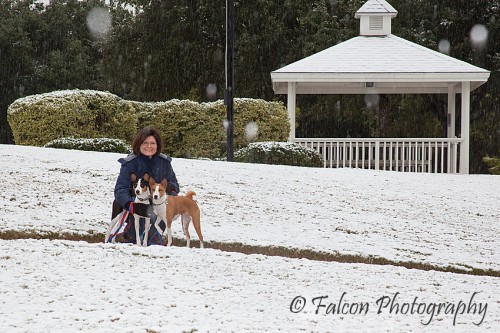 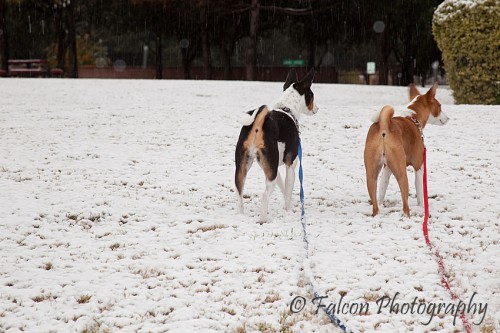 I think they were OK with it but they surely didn’t get what this white stuff was that was falling on the ground. It wasn’t edible (I think they thought it was bread) as I saw a few snaps at the snow. It was wet and being wet is NOT one of their favorite things. It was cold on their feet too and that is definitely not something they like. Heck, when it rains we practically have to drag them outside to go potty (that sounds so manly when I type that word). 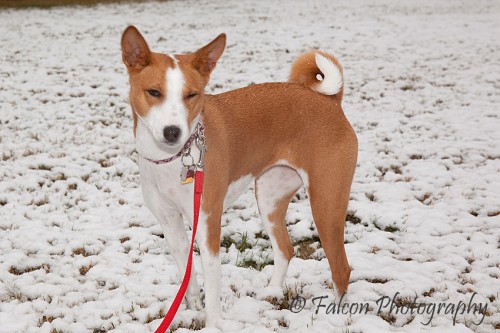 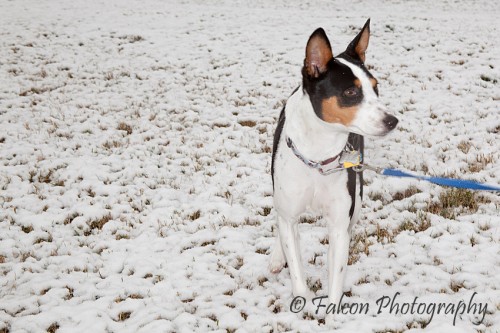 Of course I had to bring the camera out to capture a few shots. My first attempt was to get under a tree to avoid the snow flakes on the camera. Not smart… the tree and ground was still melting the snow and so it as like I was under a leaky faucet. So I had to get out in the open and deal with the snow landing all on the camera and me and immediately melt. The house actually looks wintery which is odd since in the last week the temperature has been in the 70s. 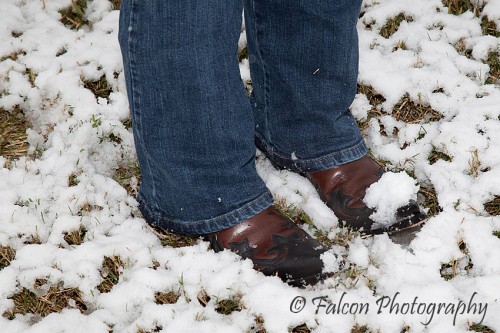 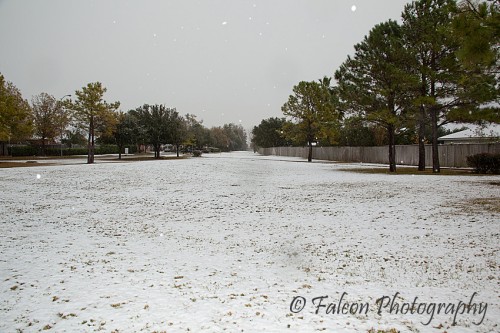 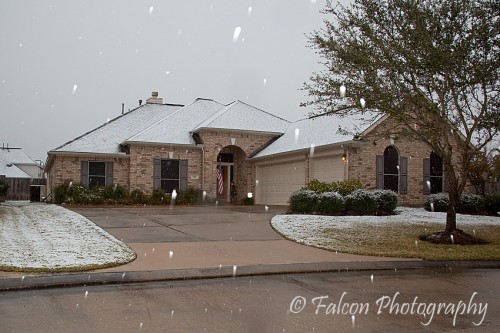 No loss of equipment today but my ungloved fingers were quite stiff and cold from operating the camera. So please enjoy the Houston snow. It probably won’t be here in the morning. I think it will be above freezing by 10am.