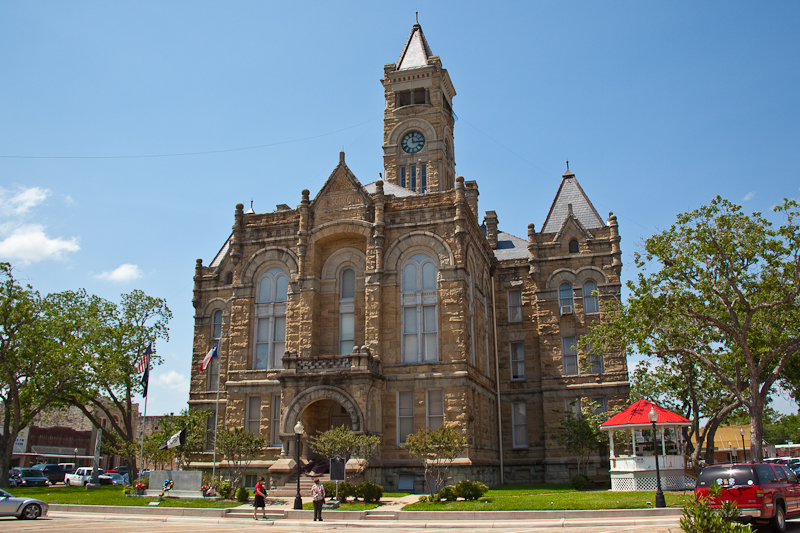 OK, so back in the middle of May I twittered a message that said I was in Hallettsville, TX attending (and taking pictures) of Amy for her Swearing-In Ceremony. Swearing-In is not what you think. Amy doesn’t curse (much). OK, so what is the swearing part of this ceremony you ask? Well, let me tell you.

When you pass the bar exam, you would think “OK, that’s it. I’m a lawyer now.” Whoa there, buster. Not so fast. That’s just the first step to be officially licensed in the great state of Texas. You gotta get sworn in. “What?” you say. Yep that there’s the LAW! Oh, and even after that, you’re still not official. You see there are some things called registration forms, license fee, Bar dues, Attorney Occupation tax, and the Legal Service fees. And of course, you must have and carry the bar card!

So with all that process ahead of Amy, we drove off to Hallettsville to get some swearing done. And (of course) to take some pictures too! Hallettsville is a small town in Lavaca county about 2 hours southwest of Houston. The county courthouse is a very beautiful and old limestone building. It’s what you would imagine an old Texas courthouse should look like. In fact the courthouse is under renovation and there were some 19th century (yes, that’s the 1800’s) interesting court docket books stored in the courtroom. 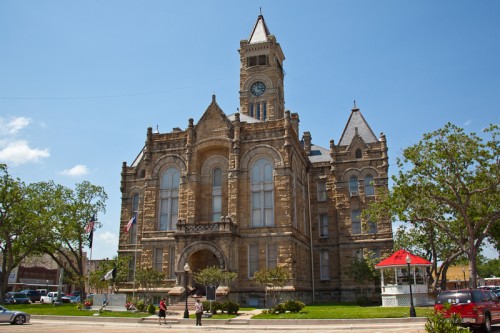 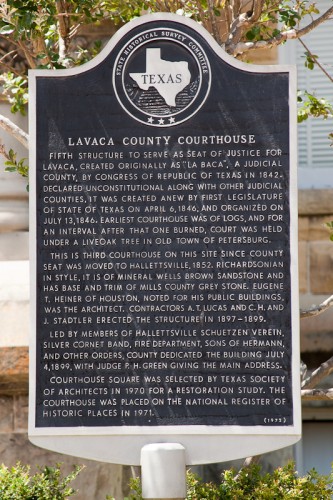 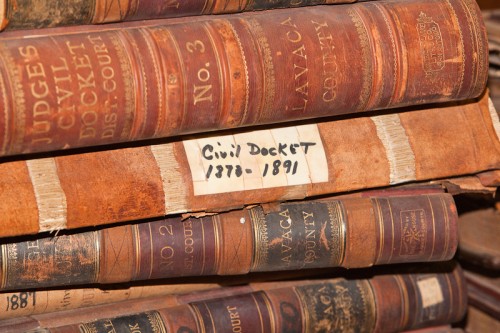 Amy and Darrell, her friend and law school study partner, were being sworn in. Excited? Yes they were. And so was I. Watching her work so hard towards her law school goal, then to graduate at the top of her class, and then see her give the commencement speech, well, heck yeah, I was excited, no ecstatic! And very proud too. Amy’s mom traveled over from Mississippi to watch the ceremony. For her, it was her second time to witness a swearing in. Renee, her oldest child, is a lawyer in Mississippi but she was just was excited and proud to witness this ceremony.

OK, so all this build up for some swearing you say? Well, the reason is that the ceremony itself is very short. in fact if you were to yawn during the ceremony, you would probably miss it. I’m not kidding! I barely fired off 4 shots in my camera when the County Judge, Ronald “Ronnie” L. Leck, announced them official. BOOM BOOM POW! You’re a lawyer now. 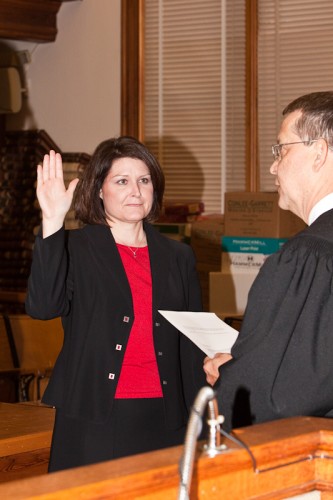 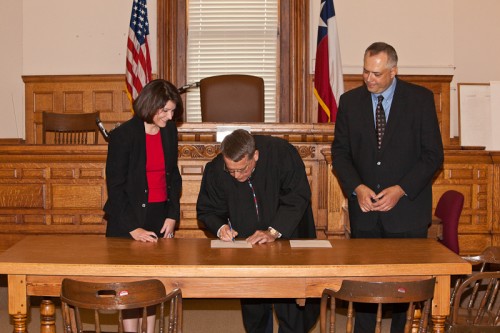 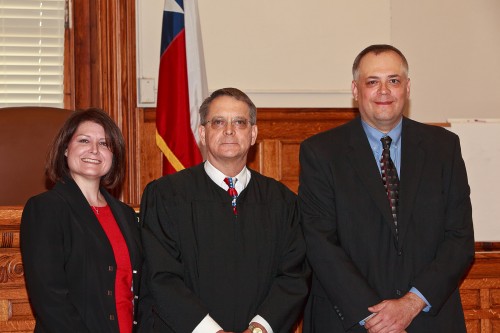 So now you can say that you have been to a Swearing In ceremony. Oh, by the way, I may have done some swearing too. I think it was something like, “damn, that’s it!” See, I told you we all swear.